We are delighted to announce the release of the documentary series “Dans le sillage d’Ulysse” with Sylvain Tesson from April 13th to April 17th 2020, every day at 5:45 pm on ARTE!

An article on this subject is also to be featured this week in the new issue of Télérama. “From Troy to Ithaca, the documentary series “Dans le sillage d’Ulysse” with Sylvain Tesson invites you to a contemporary odyssey according to the Greek myths and Homer’s poetry. An invaluable guide to storms according to the travel writer at the time of confinement and health crisis.” Virginie Felix, Télérama. 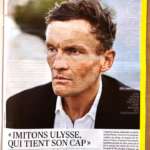 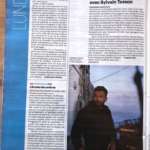